Cesy Leonard is the artistic director, film producer and organisatory committee chair woman of the Center for Political Beauty CPB.

As herself an immigrant - mother from Eastern Europe (Magdeburg), father from the Far East (Melbourne) - she was born in Stuttgart and began her artistic career there - as graffiti sprayer. Whether this can be considered art or vandalism - in Stuttgart in those days the judges had no hesitation to convict her for the latter.

She was one of only a few women in the Stuttgart Hip-Hop scene. She was rapping with all-girl group “No Frills” and touring all of Germany.

Her first work as an actor was in 2001 in a TV-series for the German ARD. Follow-up roles were a welcome source of income. But all this was far from her real goal - the amalgamation of art and reality.

Although the performance artist at the time, Christoph Schlingensief, was directing operas, singing was not exactly her strength. So she decided directing on her own. After she released her film in 2010 she discovered the CPB and immediately understood: this is her artistic home.

She now leads its film department and makes up part of its creative center. Her film “Guilt - the barbarian Europe” won the 2012 Web Video Award. “Dancing on a Monday” ran in 2015 amongst others in the Max Ophüls Festival in Saarbrücken.

"We are artists, we do action art. We do not make political activism. We try to push the concept of art further and really create change with art."

The public needed to know more about the CPB after it had attracted a certain notorious publicity with its many activities, eg. Who were the people behind the Center for Political Beauty. Cesy has become the much sought after spokes woman for the group.

Nouvelle Europe “How easy would it be to end the endless death toll – but we do not do it!” 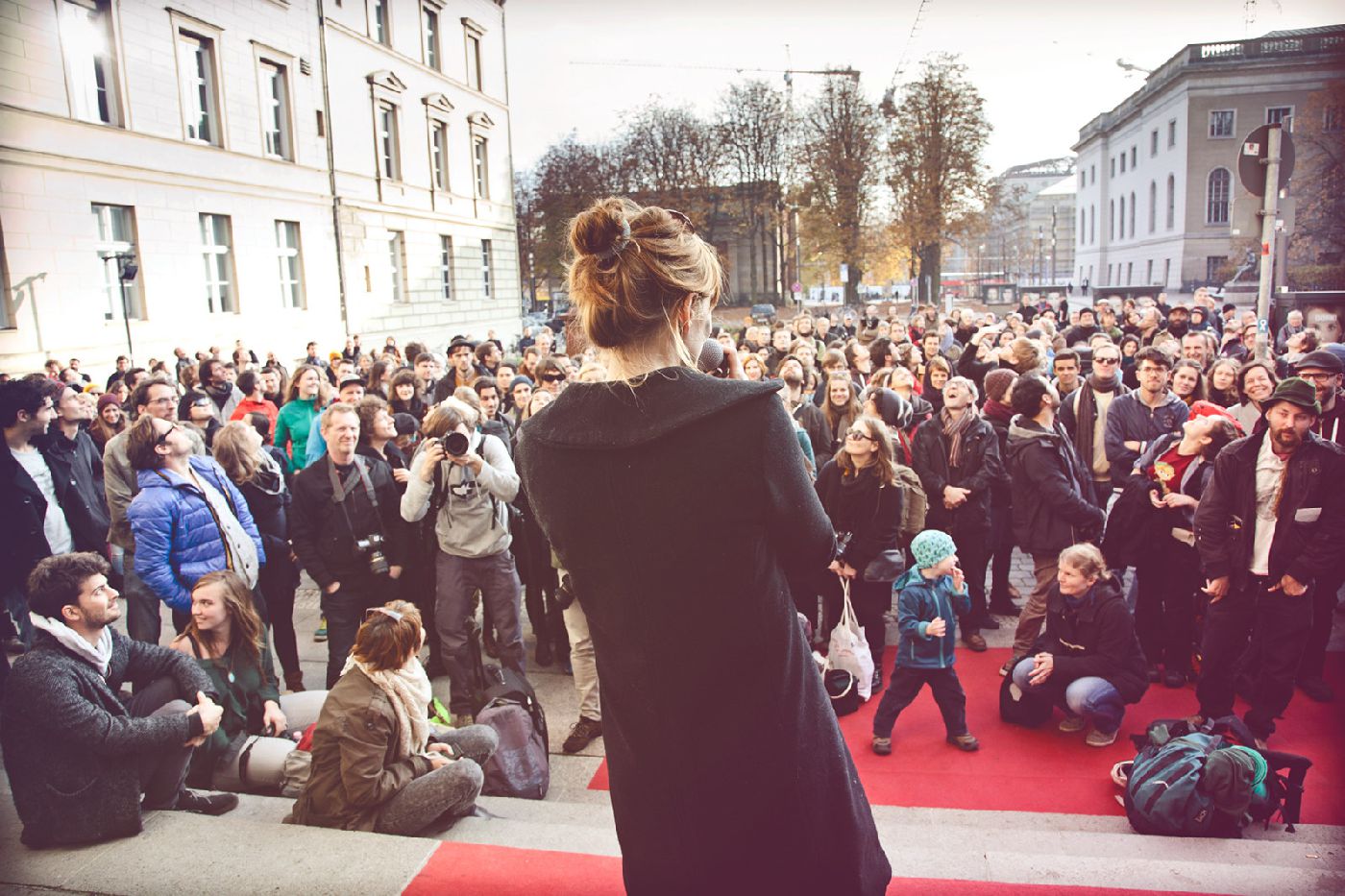